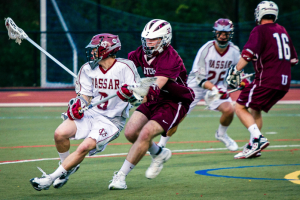 First up, men’s lacrosse just finished their regular season with a disappointing loss to Clarkson University. Clarkson came out quick in the first quarter and despite a strong rally from the Brewers, they were unable to match the Golden Knights’ fast start. Highlights of the game included four goals in the fourth quarter and two in the final minute. Sophomore midfielder Sean Brazier as well as freshman attack Noah Parson finished with two goals and an assist. Parson in particular was a star this season. In his freshman campaign he has already set the Brewers all- time single-season scoring record with 44 points including 31 goals and 13 assists overall. The team is looking forward to building on this year’s momentum next year with a strong overall recruiting class as well as returning all of their team except for senior Ryan McCarthy.

The Men’s Baseball team is currently 14-16-1 in regular play and 10-12-0 in Liberty League play. The Brewers are still in the running for a chance at Liberty Leagues. This weekend they picked up some crucial wins. First, on Saturday they swept Liberty League foe Rochester Institute of Technology. The Brewers defeated RIT 9-0 and then 5- 4 during Saturday’s double header. Senior pitcher Joe Lovizio and freshman Connor Cucalon picked up their third wins of the season. Cucalon paired with sophomore Johnny Mrlik in the second game. Freshman Nick Johnson batted .500 for the day and allowed senior Mike Peronne to score the game-winning run in extra innings during the second game. On Sunday the team split against RIT. Senior Captain Zander Mrlik pitched an outstanding game where he threw 76 pitches. He is now 5-0 on the season. The Brewers will be back in action on Wednesday May 1 against Manhattanville College.

The Mens and Womens Track teams traveled to Yale University on Sunday afternoon for the 2013 Yale Springtime Invitational to compete against some strong Division I competition. Freshman Jonah Williams secured 2nd place overall in the 5000m and qualified under the ECAC qualifying standard at 15:11—the second fastest in school history. This was Williams’ first 5k and the fastest by a Vassar freshman. Williams is only the second freshman male to qualify individually for the ECAC Championships. The men’s 4×800 Relay team of freshman Dylan Manning, freshman Andres Orr, sophomore Andrew Terenzi, and senior Samuel Ballard also qualified for ECAC’s. Freshman Taylor Vann ’16 competed in 4 events setting a personal best for the 400m hurdles. Junior Lisle Schaeffer ran a personal best in the 1500m as did Orr and fellow freshman Kyle Dannenberg. The women did just as well. Highlights included sophomore Nicole Woodworth setting her personal best in the 1500m. Senior Kate Warrick set a new school record in the 400 meter hurdles. Seniors Stephanie Malek ’13 and Stacy Mowry ’13 also ran personal bests in the 1500. Freshman Ava Farrell placed 11 th in the 3k while senior Emily Crnic missed ECAC qualification by two seconds.

The women’s tennis team finished out their regular season this weekend with a resounding 7-2 win over Liberty League rivals William Smith College. No. 2 singles sophomore Sam Schapiro and No. 3 singles freshman Winnie Yeates secured the victory with wins against William Smith’s Leighton and Nicoletti. The Brewers finish this season with an 11-3 overall record and a 3-1 Liberty League Record. They’re looking forward to Liberty League Championships beginning May 3 at the Rochester Institute of Technology.

After an incredibly successful weekend, the Brewer women will be heading to the conference post season for the first time in six years. The Brewers defeated Bard College 15-6 on Senior day at Weinberg Field. The team also tied the program record with its 12th victory of the season. Five different Brewers scored including three goals by senior defender Elizabeth Annis. Senior Captain Marissa Reilly and sophomore Dara Davis both scored two goals and an assist each. Freshman defender Paige Abramowitz scored her first career goal. The team ends the season 12-3 overall and 6-3 in Liberty League play. The six Liberty League wins is a new program record for women’s lacrosse. The Brewers will visit 16th nationally ranked Rensellaer Polytechnic Institute, who are the Liberty League regular season champions, on Friday May 3 for the semifinals.

The team ended their season with a Fourth place finish at the Williams College Spring Invitational. Junior Paloma Jimenez tied for 12th while freshman Aimee Dubois came in 14th place overall. Freshman Angela Mentel finished in the top 20 as well coming in at 19th place. Senior Nicole Bronson placed 22nd and fellow senior Celynne Balatbat was 25th overall. Five of the eight rostered golfers will be returning next Fall. This includes Second Team All-Liberty League Honorees Jimenez and Mentel as well as Dubois.