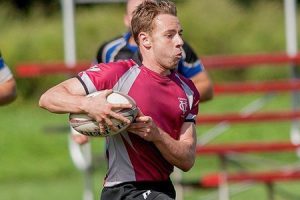 The Vassar College men’s rugby team currently has an impressive 11-3-1 overall record for the year, coming off a 54-7 victory over Hamilton College, and has only two games remaining on the season. The team and program use the spring to build toward the fall, and Vassar has done just that.

In an emailed statement, Head Coach Tony Brown wrote, “The Spring Break Tour to Trinidad & Tobago was a great opportunity to get outside and away from this harsh winter. A small men’s squad traveled and combined with some alumni going 1-1. The main goals of a tour are to build team spirit, get some contact work on grass and experience another culture.” He continued, “One exciting development was the men’s team playing 7s in Tobago. The spring season has two of these tournaments scheduled and the men have a very promising 7s team and will finish the year this weekend playing 7s at Norwich University which they are excited to do.”

Sophomore John Winton wrote, “Our tour in Trinidad and Tobago went well and we came back with a win, which is pretty rare. This spring had a heavy focus on 7s rugby, which is the version that will be played in the 2016 Rio Olympics. We played one tournament at Hofstra University and will end our season with a tournament at Norwich University in Vermont. Our 15s games went well also, as we were 3-0 once we returned to New York. Our wins against Union and Hamilton were the most impressive of those three.”

While there are still a couple of games left in the spring, the team is pleased with its progress and the results. Wrote Coach Brown, “This spring, the men have played Union College, NJIT and Hamilton winning all three games (40-12, 31-29, & 54-7 respectively). We have been without captain Andrew Jdaydani and in addition moved our other captain, Karl Foley, to outside center. This was to get junior Jake Sheehy time at scrumhalf in preparation for next fall and Jake has done very well.”

Looking forward to next year, senior co-captain Foley is optimistic. “The team is underclassmen strong (I’m the only senior playing at this point) so next year will be a good year. We basically have the entire team returning, and all these lads have a lot of experience playing together.” Winton agreed, adding, “It’s hard to know what to expect; we’re losing our two captains Karl Foley and Andrew Jdaydani to graduation which will be a huge blow. Their leadership will be impossible to replace but there are guys in place to fill their roles that will do a fine job. Jake Sheehy has proven this spring that he is more than capable of filling Karl’s shoes at scrum-half, for example. Next year will be a shift from a generally young team to a more experienced one with really large Senior and Junior classes. I expect to be extremely competitive in the Tri-State conference and hope we can repeat our trip to nationals in the fall. The consistently strong performances from guys like Louie Khourey and Zach Rippe will be vital to making that happen.”

To improve over the summer, the team has a training program. Winton wrote, “I think that being able to work with Coach Cam in the weight room this spring caused a lot of guys to ‘catch the bug’ and see how much they can really improve their fitness with the right program, so I’m sure we’ll be sticking to whatever program he comes up with. His coaching really did wonders for us this spring and we hope to come into the fall in shape and ready to go.” From the graduating perspective, Foley chimed in, “I’m old now so I won’t be involved in any summer training, but I can tell you that our coach provides a flexible summer-long training program. Summer training is really up to the individual, though. Then preseason comes and you can tell who has put in the hard work over the summer.”

The program is looking to take strides to become a major player in the Tri-State conference, and to garner more recognition both regionally and locally at Vassar. Normally the team recruits solely from the enrolled students come August and September, but for next year the team has two marquee recruits coming in. “We know that we have two recruits coming in, one from California and one from England,” wrote Winton. “It’ll be interesting to get some freshmen with experience playing the game. We’ll definitely need a huge recruitment effort come the beginning of the school year as injuries and other concerns diminished our numbers towards the end of this season. We hope to be able to consistently field two strong sides.”

For many of the players, they began playing rugby at Vassar for various reasons. Foley said, “I played football, wrestling and track in high school, but I wasn’t set on playing sports in college—I wanted to focus on academics. That idea was short-lived, though. I sent Coach Brown an email the summer coming in letting him know that I intended to play. The jock’y response I gave my freshman year for why I signed up for rugby was that ‘I just need to hit stuff.’ I’m definitely less gung-ho about the contact after these couple years—it takes a toll—but there’s still nothing quite like testing the physical limits of your body and pushing yourself for the sake of your teammates. Whatever reason I started playing, I’ve continued playing, in part, because of the people on the team.” For Winton, “Rugby was something I was always curious about but never had any experience with; I never played any sports in High School. I came out to a game of touch rugby during freshman orientation and was immediately hooked. It was a great group of guys and a fun game to play. Coach Tony Brown makes it easy and rewarding to learn the game and once I played my first game I knew that this was something I would be doing for the rest of my time at Vassar, if not beyond.”

The Rugby program is still looking to become a varsity sport. The team and program are doing everything they can to make that a reality. Coach Brown said, “Hopefully the new AD will take a more positive and proactive position and we can get the support that these students so dearly deserve. I know that the college President and the Dean who oversees Athletics appreciate the programs and that is some comfort.”