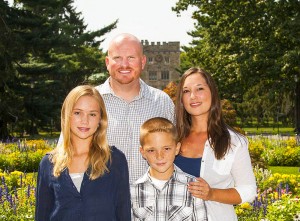 Josh was running late. He had been off campus helping a veteran who hadn’t fully registered for the four classes that that were required by his GI Bill and hadn’t noticed the time. Operation Veteran Admission (OVA), the organization that Joshua Ridley ‘17 helped found, was created exactly to address that type of issue.

Veterans who return home run the risk of becoming part of the overwhelming statistics regarding suicide rates and homelessness. Ridley, along with the other co-founder of OVA David Carrell ‘17, hope to reach the root of the issue by addressing education. “We feel that having veterans go into a school setting is an easy transition for us,” Ridley said, “Because it’s not really real life.”

Veteran education was something that Ridley and Carrell both found they were passionate about, which was how they came up with the idea for Operation Veteran Admission. “Josh and I started OVA simply by talking about what we do in our ‘free time’,” Carrell said in an emailed statement. “Once we talked about what we were doing separately we discussed creating a formalized organization.”

OVA is in part based off of a program that Carrell himself went though before coming to Vassar called the Warrior Scholar Project. “It started at Yale, and it’s a two week really intense program for vets to get prepared to go to college,” Ridley said.

College, Ridley explained, is a whole world unto itself. “Now you’re having to deal with people who aren’t your age, you have deadlines you have to meet, homework and classes and stuff, but it’s not so bad. If you don’t make a class, you don’t hand in your homework, the worst case scenario is you fail.” There’s no blemish on your resume from being fired, either. Ridley added, “It’s just a really good transition step.”

The process of getting into school for veterans, however, is overly complicated. “If you go to the local office for your veteran disability and you talk to them and you say I want to go to school, I want to get my disability rating checked, I want to start going to the hospital, or I want to have my doctor’s appointments, you come out of their office with about an inch stack of papers and forms saying here’s all this stuff you can do,” Ridley explained. He added that it was overwhelming. “In my personal scenario I was new to this area, a new freshman student at Vassar College, trying to get the layout of the campus, trying to get the layout of the courses. Now I have a stack of paper this thick that I’m trying to do at the same time. It’s so challenging.”

Operation Veteran Admission seeks to do away with any of the obstacles that surround veteran admission to any four-year program. “OVA was born out of the need for better education advice to veterans when leaving the service,” Carrell explained. For this reason, volunteers at OVA will often physically walk alongside veterans to insure they get to where they need to be and fill out the correct forms. “We try to say this is exactly what you need to know, this is exactly what you need to do, or, here are the programs that you can use to get a tutor or get funding for books, or something like that,” Ridley said. “At this point let’s push out all the noise.”

Because of all of the obstacles, veterans going to school sometimes seems more the exception than the norm. Carrell said, “No one ever told me to go to college when I left the military, they told me to get a job on an oil rig.” He went on to say, “Veterans are extremely capable and ready for the challenges of academia, they simply do not know about many of opportunities available to them.” Going to college, Ridley added, “Doesn’t mean that they have to come to Vassar College after they graduate and go work for Shell Oil and find out what’s the best lubricant for a car. We’re not doing that, we’re just saying do what you do, and let’s get you a little bit of education so you can get more money in your pocket. Or you can move up faster or get a better job.”

Entering college for veterans is challenging not only because of the nature of the classes, but also because of the long period of time spent away from academia. When asked if many warriors have any college background, Ridley explained that, although military bases sometimes offer community college, the demands of jobs determine if you have time to go to class. “You have to remember, vets have been in the service for at least four years, so that’s four years away from academics, and there’s very likely a reason why they joined the military and didn’t go to college right away,” Ridley added.

The programs and scholarships available for vets to help them go to college allows them to devote most of their time and energy to learning, unlike their time spent on the base. Ridley said, “The majority of vets here at Vassar, I believe all of them, don’t have a job. And that’s because of how difficult the education is, and how much time you have to dedicate to it.” In addition, the Posse Scholarship allows Ridley and his fiancé to live off of one income. “But there are other vets who are going to Duchess County Community College who are going to a typical forty-hour week job, and then do classes at night,” Ridley went on to say.

Not all vets are actively seeking education, but not all vets are accustomed to asking for help, either. Ridley said, “When we go give a speech to a group of vets, the majority of them are older vets, Vietnam era or older vets, the younger vets aren’t really around.” Carrell added, “We have found that whenever we give presentations at community sanctioned events the results are limited. What we have moved to is finding veterans in daily activity within the community.” He continued, “Much of our recruiting is done in grocery store, oil changing places and everyday places.” Ridley referred to this as “looking for combat boots”: literally approaching anyone they came upon wearing combat boots. “In formal settings no one like to be ‘sold’ on anything, using a casual environment veterans have been much more receptive,” Carrell went on to say.

Veterans get shuffled around often, so Carrell and Ridley created OVA to provide them with a steadier helping hand. “I think you need that personal touch that OVA is trying to offer, exactly what I was doing tonight, to help them succeed,” Ridley said. Carrell concluded, “By utilizing ourselves as examples of veterans that have successfully made the transition to top tier institutions Josh and I hope to continue to inspire our generation’s war fighters.”