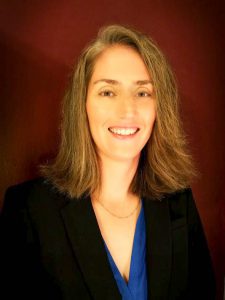 On Aug. 17, Vassar College’s new Athletic Director, Michelle Walsh, had her first day of work as a Brewer. Walsh was selected after an exhaustive national search to fill a position that former Director Sharon Beverly had left unoccupied for over a year. After Beverly left Vassar for the College of New Jersey in March 2014, current Associate Director of Athletics, Kim Culligan, served as the interim Athletic Director for the school. Walsh comes to Vassar from SUNY Geneseo, where she served as an Associate Athletic Director as the Senior Woman Administrator at the school.

Through a wealth of experience on both the performance and administrative side of the athletic world, Walsh has been able to develop strong career goals and opportunities that she now hopes to build upon with Vassar. She explained, “I have been involved in athletics for most of my life. As an undergraduate at Swarthmore College, I participated in field hockey, basketball and softball, serving as a captain for each sport during my senior year. My own liberal arts education taught me to [develop] skills that have guided me throughout my career: how to learn and how to lead. These skills were acquired while aspiring to excellence both in the classroom and on the playing field; as a Director, I am passionate about providing those same learning opportunities for our student-athletes here at Vassar.”

Walsh has extensive experience in handling the challenges of college athletics, particularly at the Division III level. While she was a celebrated player in all three of her sports, Walsh has had even greater experience from the administrative and coaching sides. She has been an Assistant Basketball Coach at Smith College and was the Interim Head Golf Coach at William Smith College, a Liberty League foe, where she also served as an administrative intern and an assistant basketball coach once again. She worked as the Facilities Coordinator and the Head Women’s Basketball Coach at Lawrence University in Wisconsin, before heading to Fitchburg State University and then Geneseo, in more administrative capacities.

Head men’s and women’s fencing coach Bruce Gillman explained how qualified and what a great fit Walsh was for Vassar along with a more personal connection Walsh has with the school. “[Walsh] is very familiar with what it is like to be a Division III athlete at a school like Vassar. Her sister attended Vassar and she was on Coach [Judy] Finerghty’s Women’s Lacrosse team. So Michelle is very familiar with Vassar specifically. She went to fellow sister school Smith for her Masters Degree, and has one of the most renowned programs in Athletics and Sports Management and Coaching Education. [She was a] Coach and Administrator at Lawrence University and at St. Lawrence (a Liberty League school). [She’s had] extensive experience as Associate AD at SUNY Geneseo. Michelle has experience with schools like ours, knows our school well, and was ready to move up from Associate AD to AD.”

According to Walsh, this position represents a milestone for her in terms of her career. “Since making the decision to purse a career in intercollegiate athletics, my long term professional goal has been to obtain a Director of Athletics position at an academically rigorous Division III institution that values the role of athletics, physical education and recreation in the fulfillment of its mission. It’s clear that Vassar offers academic rigor while also offering a highly competitive and integrative athletics and recreation experience. Furthermore, as a person who has had the opportunity to attend graduate school at Smith College, I have a deep appreciation for and understanding of what it means to be an original Seven Sisters College. I was particularly drawn to Vassar’s commitment to a liberal arts education in a diverse and inclusive learning community. I applied for the Director position when it became available and was both thrilled and humbled to be selected as the Director of Athletics and Physical Education at the conclusion of the interview process.”

Culligan described what she believes Walsh is bringing with her to her new role as Director. “[Because] she attended Swarthmore College… she understands what pressures are on all of our student athletes but she also knows from her background that it is possible to excel at both. She understands collegiate athletics and has broad experience in the past with all facets of running a department and athletics program. She is extremely organized and passionate about her work and role and will be a valuable contributor to the success of the college.”

While at Geneseo, Walsh helped implement the Student Athlete-Foundational Education (SAFE) program; a new program that utilized evidence based programming to enhance the development of the whole student athlete. Walsh’s hope as Director is to make sure that all aspects of a student’s character are receiving attention and advancing. Furthermore, Walsh truly appreciates and enjoys being at D3 institutions. “Division III places a distinct emphasis on the ‘student’ in the phrase ‘student-athlete’. Although there may be a few exceptions, student-athletes at the Division III level are playing for the love of the game and I very much enjoy the opportunity to work with such dedicated individuals.”

All of this has given Culligan hope in both finding Walsh and choosing her as Director. “I hope that we will find Vassar Athletics rising to higher regional and national levels of achievement as well as establishing Vassar College as the best institution both athletically and academically in our respective league(s). When searching for a new Director, we wanted someone who could take this department and our program to that next level and I sincerely believe we have found that in her.”

One way in which Walsh has already begun addressing student athlete’s concerns on campus is through the issues surrounding the Varsity Weight Room. Currently out-of-season athletes are restricted from using the Varsity Weight Room or having team lifts. This has been a big change for many athletes, particularly those not playing a fall sport as many have only ever gone to the Varsity Weight Room to lift as their sport mandates it. Walsh explained how the weight room issues have actually allowed her to pursue something she truly enjoys about her job. “One of the things I’ve enjoyed most since assuming the Director position here at Vassar has been the opportunity to collaborate with student-athletes to address challenges. In working through policy changes to ensure compliance with NCAA rules, I’ve been impressed with the passion and commitment of our student-athletes as well as the leadership from SAAC. I’m confident we’ll continue to work together to create the best possible outcome while working to generate support for the proposed legislation [about the rules problem] up for vote in January.”

p for vote in January.” When describing Walsh’s current legislation proposals, Gillman expressed that he was impressed and believed Walsh is a great asset for Vassar. “Michelle seems to me to be a clear leader and we are in need of good leadership. I think she can help us move forward…[she] has served on NCAA Committees.” Gillman also disclosed a hope he described as a bit selfish– for Walsh to serve on the NCAA Fencing Committee.

Culligan explained how she’s seen the programs and department change and progress so much in her time here and now Walsh and her are working together to help fully accomplish Vassar’s goals. “When I first arrived on campus there was no Prentiss, but rather a couple of lackluster fields and we were finishing up the renovation of Kenyon Hall. Many of our teams back then were not as competitive as they are today and we needed to establish some guidelines and operating processes and procedures to move forward. We have added facilities [and] staff, become more competitive and have reached regional and now national prominence…to me this is a step forward and a positive one. The challenge I was given when I was hired [in 2005] was to help establish Vassar College Athletics as a highly competitive program and one that could compete for and win league championships and move forward into NCAA playoffs and championships. We are there and with a few more things left to be put in placewill accomplish that charge fully.”

An excited Walsh cites student-athletes as the best part of her job. “The student-athletes I’ve had the opportunity to meet thus far have been amazing! We have a diverse group of student-athletes from all over the world making an impact on their teams, in the classroom, and in their respective communities.”