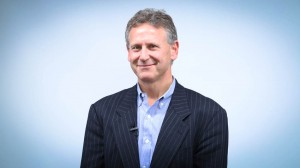 If we were measuring success numerically, the Vassar Men’s Soccer Team has already put themselves on a better career path than James Citrin ’81 after their 1-1 tie with SUNY Oneonta on Saturday. Citrin’s team lost 6-0 in the same game. Athlete and non-athlete alike listening to the lecture in Rocky 200 last Thurs­day, however, benefitted from Citrin’s lecture about how to be successful after college.

Throughout the discussion between Presi­dent of Vassar College Catharine Hill and Ci­trin, moderated by Jordan Palmer ’16, Citrin pulled from his knowledge as the leader of Spencer Stuart’s North American CEO Prac­tice, and his experiences as an Economics major and French correlate while at Vassar. Palmer said in an emailed statement, “I felt the lecture was very productive and provided a lot of insight to athletes and non-athletes looking for advice on starting their careers after gradu­ation,” He added, “I was also very pleased with the turnout.”

Sara Seper ’19, a new member of Women’s Soccer, also was impressed with the informa­tion she was able to pick up from Cappy and Citrin. “It was definitely informative. The speaker and Cappy kind of had a lot of differ­ent perspectives on a lot of the questions that Jordan asked them,” She said. “So it was good to get both views from successful people.”

Cappy and Citrin didn’t see eye to eye on every question. When Palmer asked if seeking out a well-known company or trying to find that one dream job was the better strategy when looking for the first job, they provided two very different perspectives. Speaking, as Citrin pointed out, as the CEO of Vassar, Cappy said, “You don’t need to find the ‘perfect com­pany’ because you’ll probably switch your job four or five times. What’s more important is what you’re going to learn in that first job.”

“That is a really surprising answer for me,” Citrin responded. “You can be in a great or­ganization, but if you’re in a job where you’re not learning or contributing, it’s hugely frus­trating, and sometimes you can’t break out of that,” Citrin explained. The job market is less a give-give situation, and more a give-and-take environment. Seper added, “It was definitely nice to have differing opinions to work with for different situations.”

The lecture was mainly centered on what to focus on immediately after college. Even as a freshman, Seper said, she could see how the lecture could benefit her. “First impressions are obviously important, just the way you an­swer the questions they ask you and the length of time you spend answering,” she said.

Cappy added, “Once you get the job, you will have time to show off your skills. The in­terview is one opportunity.” The importance of first impressions was true for Head Coach of Men’s Soccer, Andy Jennings, and Cappy, who both were interviewed by Citrin before they came here.

“As captain of the soccer team, one of my re­sponsibilities was to interview potential soccer coaches, and I kid you not, the first candidate who we met was Andy Jennings,” Citrin said. Just from the way Jennings introduced himself, Citrin explained, he could tell that Jennings would make a great addition to Vassar.

As a member of the Board of Trustees, Citrin explained, he knew within the first twenty min­utes of Cappy’s interview that she was the right fit for the school. “Literally I whispered to Sam Weinberg sitting next to me, she is the one, no question about it,” he said.

Citrin went on to explain that the liberal arts degree is not something in the immediate future that is beneficial. He said, “The liberal arts degree is somewhere between challenging and depressing—it’s a harder time getting that first job, make less money in that first job and are less happy in that first job.” Cappy went on to add that in the long run, there is an import­ant payoff. “Vocational training will help you get that first job, but they way things are go­ing, those jobs may not exist in five years.” The discipline from a liberal arts education, Citrin said, is a prized capability in the workforce. “So parents can’t look at short term dollar pay­back,” He said.

As a senior, Palmer was more focused on the positive side of what he could learn. “Jim talk­ed a lot about having a ‘relationship mindset’ when thinking about your career and day to day work,” he said. “I think maintaining rela­tionships will certainly help me progress with my desired career path.”

This relationship mindset is the key to long term success, Citrin said. “If you focus on the success of those around you, and genuinely care about their success as much as your own, it creates this positive dynamic. The best peo­ple actually want to support you and what goes around, absolutely comes around.” He added, “Guaranteed success strategy. It’s not necessar­ily the shortest path to success, focusing on the success of those around you, but it is absolutely the best way to ensure long-term success and happiness.”

Executive Recruiter at Spencer Stuart Kate Ashforth added that students should remem­ber that the career path is not fixed. She said, “Unlike a lot of other decisions you make in your life, your career is not a permanent one.”