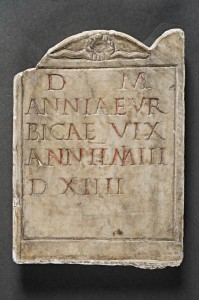 On Sept. 9, 150 years after the college wel­comed its first group of students, the Vas­sar community started off the academic school year with Fall Convocation in the Chapel.

As per tradition, President Catharine Bond Hill and Vassar Student Association President Ramy Abbady ’16 spoke to the assembled stu­dents, faculty and families, and Professor of Greek and Roman Studies John Bertrand Lott delivered the annual Convocation Address. The event also featured a joint performance by the Vassar College Choir and the Women’s Chorus, directed by Professor of Music and Director of Choral Activities Christine Howlett.

The Class of 2016 processed into the chapel in their caps and gowns, followed by professors and faculty in academic regalia. The tradition of Convocation, begun in 1914, features choral performances, speeches by faculty and student speakers, and serenading of the freshmen to of­ficially welcome them to Vassar.

Dean of Freshman Susan Zlotnick comment­ed in an emailed statement, “What’s wonderful about Convocation is that it’s the same every year: the President welcomes the community back from the summer, a faculty member speaks, the choir sings ‘Gaudeamus Igitur.’ Communi­ties are built through shared rituals, and Convo­cation is one of Vassar’s important rituals.”

President Hill began her address by speak­ing to the senior class about what the coming year may have in store for them. She advised, “This year is going to go really fast for you. Take full advantage of it, and do the things you wish you had done in the first three years here.” The theme of her speech was crystallized in the Kan­sas state motto, “Per aspera ad astra.” She trans­lated, “A difficult path leads to the stars.”

Hill went on to speak about the trials that members of the Vassar community, including founder Matthew Vassar, women’s suffrage ad­vocate Inez Milholland and Vassar’s fifth Presi­dent Henry Noble MacCracken have faced in the College’s history, and told of their perseverance through adversity. She honored in turn some of Vassar’s current hardworking professors, an­nouncing academic awards in such departments as Environmental Studies and Social Sciences. She remarked, “We continue to do the hard work of building an egalitarian and inclusive college community, clearly not one that agrees on everything, but one that can learn from its disagreements.”

Abbady next spoke to the assembly about the future of the Class of 2016 and of Vassar. He re­marked to his fellow seniors, “As we are at the beginning of our end, we are just getting start­ed.” He went on to talk about the importance of change, a concept which he says most people fear. Citing the events in Ferguson and other social changes that have manifested in recent months and years, he urged students to embrace and encourage change. He asserted, “The louder your voice becomes, the more likely it is that we will see change.”

Speaking about his area of expertise, Lott’s Convocation Address told of an ancient Roman inscription, the grave marker of a young girl, which he borrowed from the Frances Lehman Loeb Art Center’s Antiquities collection.

According to Lott, the text on the tablet reads, “To the divine shade of Annia Urbica. She lived for two years, four months, and fourteen days.” The memorial stone inspired the title of his ad­dress, “Then and Now: Memory and Memorial of a Roman Girl.”

Lott explained the historical significance of the ancient artifact. “The act of writing texts on stone for display was a peculiar characteristic of the Roman culture, that modern scholars call the Roman epigraphic habit,” he remarked. Fif­teen of approximately one million inscriptions that are known to exist reside at Vassar. In 2013, Lott led a class in examining, analyzing and compiling descriptions of Vassar’s inscription collection, choosing to study Annia Urbica’s stone himself.

In detailing the history of the piece and of the practice, he focused on the concept of the connection between past and present, and the human fascination with self-preservation and immortality. He linked present-day Vassar with Classical antiquity by giving examples of what he termed “modern inscriptions,” including the identifying plaques on the front of Main Build­ing as well as the less tangible but more abun­dant texts created through social media net­works like Twitter and Snapchat.

He went on to say, “We live in a society that views the past through contradictory lenses, that…must reconcile the diverging ‘now’s that result.” Lott also impressed on the audience the need to remember the past even if it seems irrel­evant. He reasoned, “In every moment, we, you, rely on memory, on past experience, on culture, acknowledging the past to function in the pres­ent. Thus, connecting the links between then and now is a basic requirement for participating in human societies.”

By way of conclusion, Lott encouraged stu­dents in the audience not to lose sight of the past, while simultaneously living in the present and thinking about the future. He stressed, “The point is that we, you, Vassar, cannot choose the ‘then’ or the ‘now.’ Each is an unremovable [sic] lens through which we must view the experi­ence of others.”

Perhaps to encourage the freshmen begin­ning their college careers and to commend the seniors for their years of hard work at Vassar, he offered a final remark on scholarship. He con­tended, “…the study of the past is, as Thoreau wrote, ‘worth the expense of youthful days and costly hours.’”