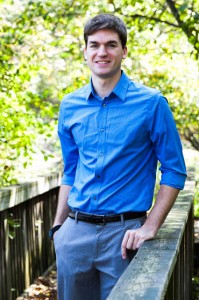 On Sept. 16, the College announced its two latest sustainability initiatives: a solar en­ergy deal with BQ Energy and a hydropower agreement with Gravity Renewables.

BQ Energy is a Poughkeepsie-based wind and solar energy equipment supplier. They have worked on various private and public projects throughout the country, and will begin con­struction on a 10 megawatt (MW) solar energy project in Lackawanna this month (Office of Communications, “Vassar College announces two major clean energy initiatives, enabling the college to meet more than 20% of its electricity needs,” 09.16.15).

Gravity Renewables is a Colorado-based hy­dropower plant owner and operator. They have worked directly with a variety of institutions and with regulators to promote and develop clean and cost-effective alternatives to elec­tricity, and have recently worked extensively in various locations throughout the Hudson Valley.

These projects include a recently finalized agreement with Gravity Renewables that will supply Vassar with 10 percent of its energy re­quirements using clean hydropower generated at one of Enel Green Power North America’s nearby hydro facilities in Groveville, about 15 miles away. According to the Office of Sus­tainability, because the deal was finalized just before the start of the school year, the College should begin receiving access to Gravity Renew­ables energy by the end of the month.

Also in the works is the development of a so­lar farm on a brownfield in the town of North East, about 30 miles away. There BQ Energy will build a 2 MW solar array atop a decommissioned landfill that is anticipated to meet approximate­ly 11 percent of the College’s general energy needs. According to Sustainability Coordinator Alistair Hall, however, because the permitting process for such a project is longer and more complicated, the College plans to break ground at the site in the spring, and hopes to have the system operation by summer.

As Hall explained, the impetus for these sus­tainability efforts from the College came from a number of places. Along with New York’s recent push for a greater focus on adopting renewable energy sources, more concerning circumstances sparked conversations among administrators re­garding how to confront climate-related issues on campus. Hall wrote in an emailed statement, “Hurricane Sandy laid bare the problems with our outdated energy system and the dispro­portionate impacts that it has on marginalized communities. Climate Change will only wors­en these impacts.” Amid these conversations, BQ Energy and Gravity Renewables reached out to the College to put together the projects, and Hall worked with Director of Budget and Planning Bryan Swarthout to have the plans ap­proved by the College.

According to Sustainability Intern Sophie Bedecarré Ernst ’17, however, these are not the only changes that the College has in store for the coming months. The Sustainability Department also has begun a handful of lighting conserva­tion projects, and has recently completed an ini­tiative to replace many outdoor floodlights on campus with LEDs.

At the year’s first faculty meeting, President Catharine Bond Hill informally announced plans for Vassar to go carbon neutral, with the year 2035 being a tentative target date. Ernst explained that Hill has tasked the College Com­mittee on Sustainability with writing a Climate Action Plan this year, and that a subcommittee will be created to discuss ideas for carbon neu­trality. She remarked, “This is a huge step in the right direction. I think that though we have a ways to go, we will greatly benefit by commu­nicating with peer institutions. This year-long planning process will be essential and will let us dictate the mechanisms Vassar will adopt in terms of tackling neutrality. Adopting best prac­tices from other liberal arts colleges will be a productive way of achieving neutrality.”

Many students, however, feel that neither the College’s recent progress, nor the prospect of going carbon neutral, is a strong enough re­sponse to the issue of global climate change. The student environmental activist organization DivestVC has petitioned the College to divest from the fossil fuel industry in accordance with its often-stated commitment to sustainability and conservation for years. One of its members, Elise Ferguson ’17, posited that it is not unusu­al for the College to respond to student activ­ism with appeasement measures. She wrote in an emailed statement, “I think something that a friend/fellow divestment organizer from an­other school said sums it up well. That is, if you want a really awesome recycling program at your school, start a divestment campaign. Di­vestment is a prospect that most college admin­istrations find uncomfortable, and so sometimes they like to distract from it by improving other environmental policies on campus.”

Ferguson went on to clarify that this is not to say that the College’s new and upcoming sus­tainability measures are not worthy of praise, but rather that the community should be wary not to allow itself to rest on its laurels, and that there is still work to be done. “It is important to celebrate such improvements to keep morale up, as the fight for a more sustainable present and future can otherwise be a tiring and discourag­ing one,” she remarked. “At the same time, while improvements such as this are wonderful, wel­come, and necessary we cannot let them distract us from our struggle for large scale political change. We should celebrate and appreciate the steps that the college has committed to taking, but we cannot be lulled into complacency.”