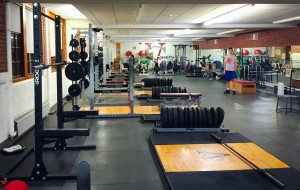 Towards the end of the summer, student-athletes received an email from Associate Director of Athletics Kim Culligan announcing a situation regarding compliance with the NCAA rules and regula­tions. The issue involved use of the Varsity Weight Room (VWR) when athletes are not in their play­ing and practice season. To the dis­appointment of many athletes and avid VWR goers, the NCAA rule in question had been widely mis­interpreted by many Division III schools, Vassar included. The email from Culligan continued, “The use of our VWR is currently restricted to members of our teams only and is not open to the Vassar Community and other students attending Vassar College. By imposing this restric­tion, we are making it a benefit for student-athletes only. While you are out of season and not practicing and competing with your team, it would therefore be considered an extra benefit and a violation of the NCAA rules to use the VWR as you would need to be treated like every oth­er student on this campus.” In the email Culligan explained the misun­derstanding with the NCAA legisla­tion to student-athletes. When stu­dent-athletes are not in their regular season, they are just considered stu­dents, like everyone else at Vassar. By having access to the weight room in their offseason when non-athletes do not, they are being granted a sort of preferential treatment that the NCAA discourages among Division III schools.

Since the violation was an­nounced over the summer, key play­ers such as Culligan, the Director of Athletics and Physical Educa­tion Michelle Walsh, Head Athletic Trainer Cameron Williams, Presi­dent and Vice President of the Stu­dent Athlete Advisory Committee (SAAC), senior Colleen O’Connell of women’s basketball and junior Trey Cimorelli of men’s volleyball have been frequently meeting to try to come up with a viable solution. In the email sent to athletes over the summer, Culligan stated, “To correct this violation, we are imple­menting a new policy that will limit student-athlete use of this room to those sport teams and programs that are currently in their declared play­ing and practice seasons. While you are in your traditional season you may use the room at will and free­ly. During your non-traditional seg­ment, you may use that room only on the 16 dates that you will also be practicing with the entire team and under the direction of your coaching staff. You can use the AFC Fitness Room while you are not practicing with your team if you would like.”

As of now, there will be new weight room sessions open to both athletes and non-athletes in order to meet NCAA requirements. Walsh commented on the changes that have been made, “The new policy was developed through a collaborative effort between our athletic ad­ministrators and SAAC leadership in order to ensure compliance with NCAA rules while still providing our student-athletes with an oppor­tunity to strength train during their respective off-seasons.” Walsh felt that it was crucial for student-athletes to be involved in assisting with the new policy, “The policy has been a work in progress and I have very much valued the in­put of student-athletes during the process.” Cimorelli mentioned, “This decision was made mostly by the Athletic Directors and Coach Cam. However, Colleen and I did meet with that group before the final decision was made.” Cimorelli continued about the ongoing efforts to fully remedy the situation: “We are working on a weekly basis to continue to monitor and adjust the times when open-lifting sessions are available based on attendance. So changes will be made weekly to the available hours.” O’Con­nell also spoke about the new weight room schedule. “Although it was challenging to read­just the weight room schedule, I am happy that we were informed of the policy’s regulations. I would much rather have to work around our schedules than be in violation of NCAA rules.”

However, a silver-lining has emerged from the misunderstanding as Vassar’s new open weight room policy will aid in accomplishing a long-term goal of the Athletic Department and SAAC, which is to help alleviate the disparity between student-athletes and non-athletes. Cimorelli mentioned, “I believe that having a space where both athletes and non-athletes can come, push themselves to new limits, and support each other will help to bridge that gap between the two groups on campus. It will also allow non-athletes to experience what athletes do on a daily basis, and hopefully help to cre­ate a more positive dynamic between the two parties.” So far, there has been a relatively small turnout of non-athletes at these sessions, but it is still very early into the year and the prospects and potential of these open-sessions are promising. O’Connell is optimistic, “Per­sonally, I think this is a great opportunity to literally bridge the gap between athletes and non-athletes on campus, as we can share the same space and work together in sessions to be stronger and more physically fit. There’s a cer­tain camaraderie in the weight room that makes it an enjoyable place to work hard and improve. I’m happy that we get to share it with others on our campus.”

But in the meantime, the situation still pres­ents challenges for the athletic department and athletes because training and having full ac­cess to resources is important for building and maintaining strength to prepare for their actual playing seasons. Head Athletic Trainer Cam­eron Williams emphasized the importance of weight training and conditioning for athletes, especially during the off-season, “I’ve never heard a coach in any sport say that a student athlete they coached was too strong or pow­erful. Being able to generate force, especially explosively, is beneficial in every sport. More­over, muscles and connective tissue strength­ened through strength straining are less likely to be injured. So yes, I would say having access to a solid program and a place to train is an ad­vantage, especially during the offseason when student athletes have more time to devote to less sport-specific skills.” Cimorelli echoed Williams’ sentiments, “Being able to use the weight room as a varsity athlete is crucial to be­ing successful on the next level. I can’t think of any sport where being stronger would hurt you, it only helps in every situation. With that said, the time that you use the weight room the most is the non-traditional season. That is the time where you are pushing yourself in the weight room to get stronger. During the traditional season you use the weight room to maintain your strength.” Walsh agreed, “Student-ath­letes who build a solid foundation during the off-season are then able to spend time in-sea­son focusing on tactical and technical skill de­velopment, which is essential to their ability to be successful.”

However, the athletic department and stu­dent-athletes are still working with each other to continue to improve upon the current situ­ation. In the email sent by Culligan, she elab­orated on an upcoming meeting in January to vote on the proposed legislation, “There is leg­islation proposed which will be voted upon by the Division III membership at the January 2016 convention to change this regulation as this is a problem on many other Division III campus­es.” The Vassar Athletic Department is already involved in the new legislation process with the NCAA as Walsh actually wrote the policy that will be proposed in January to clarify the benefits of the VWR. Williams spoke further on the situation from his standpoint, “In short, it’s frustrating. The offseason is the best time for student athletes to work on improving their athleticism through strength training and this makes it more challenging for me to help them accomplish this, but we’re hopeful that the rule will be updated to reflect current thoughts on offseason training. Is the situation perfect yet? No, and we all understand that. But we are working to make it better and more changes are coming. And we all appreciate the student athletes’ patience as we move through the se­mester.” For the student-athletes, not much has changed. Cimorelli has been continuing his workout routine, “The policy hasn’t changed how much work I accomplish in the weight room. I have just had to change my schedule around in order to fit my workouts in.” O’Con­nell agreed, “I’m encouraged by the attitudes of student-athletes and our dedication and work ethic to make the time slots that are available, even if it means being awake and ready to work out at 7 a.m. three times a week.”