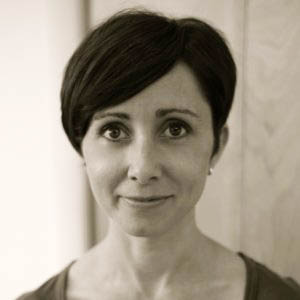 It is unclear whether or not Aramark will stay on as the College’s primary food supplier next year. More clear are Campus Dining’s intentions to improve campus dining conditions this year with the recent the addition of a new campus di­etitian to the Aramark staff, Marie Murphy.

Murphy, who received her Master’s degree in nutrition at Hunter College, is no newcomer to Vassar. She has been a yoga instructor for the College for seven years, in addition to serving as House Fellow in Cushing for the past three years. Two years ago, she worked in a local dietetic in­ternship with health and wellness program de­veloper Wellness Workdays and has, as a result, worked extensively with the Aramark and the campus dining team.

According to Senior Director of Campus Dining Maureen King, this new position was introduced because of a growing interest in wellness, healthy eating and overall nutrition among students. She explained that Campus Dining has been wanting to hire a full-time nutritionist to accommodate this trend for several years now, and is proud to announce that this has finally happened.

She wrote in an emailed statement, “We hired a full time nutritionist because there was a demonstrated need. Over the course of the past several years more and more students have had questions about nutrition in general and allergies in particular. Students were arriving on campus with severe allergies to tree nuts, peanuts, glu­ten, soy, shellfish and other common ingredients. Athletes had more questions about how nutrition could help their performance. We found that we were consulting a nutritionist quite frequently. So frequently that it became apparent that we could best serve the community with a full time nutri­tionist.”

The College has previously experimented with hiring an outside nutritionist to address specif­ic community concerns. Originally brought to campus by Campus Dining, then hired by Vassar Health Services, they have come periodically to consult with students for a fee of $10. Director of Health Services Irena Balawajder explained, “Di­ets discussed included weight loss, weight gain, vegan, vegetarian, well-balanced diet, anemia diet and others.”

Although the College will now have a full-time nutritionist, Balawajder maintained that they will continue to bring a nutritionist to campus about once a month for student consultations because it has been a popular service that catered to what the students wanted. She also suggested that the College will continue bringing outside nutrition­ists because it is not expected that Murphy, de­spite being a full-time employee, will be able to meet with all the students interested in pursuing one-on-one dietary consultations.

Murphy herself described in more detail what her job entails and what she will discuss with students who do manage to set up appointments with her. She explained, “Nutrition consultations are free. I provide a limited amount of individu­al counseling for students with eating disorders, food allergies/sensitivities, dietary restrictions, weight management issues, etc. I also provide group sessions for athletics teams, and other groups with similar needs and interests.”

Despite being a relative newcomer, Murphy noted that she has a number of projects for the coming year in mind, many of which she has al­ready begun. She remarked, “I am working with the dining staff on a number of issues, which in­clude but are not limited to: signs and labels in [the All Campus Dining Center], training staff with regard to food allergies, dietary restrictions and food safety, and collaborating with other of­fices on campus. As this is a new position, the details are still developing, and I look forward to new challenges.”

Although she has a clear set of goals and a stu­dent body that has often expressed interest in pro­moting healthier eating, Murphy comes at a time of great national concern regarding unhealthy eating on college campuses across the country. In a 2012 study published by the Journal of Nu­trition Education and Behavior, researchers found that many college students do not have even one serving of fruits and vegetables per day (USA To­day, “Food for thought: The challenge of healthy eating on campus,” 07.13.12). Lack of healthy choic­es in dining halls, lack of knowledge on healthy eating, no time to eat, financial issues on buying healthy food and stress are all contributing factors to an unhealthy diet at college.

Unassisted by healthy dining choices and lack­ing the proper time and resources to pursue a wholesome lifestyle, college students nationwide have faced a recent increase in body image issues and eating disorders. A survey put out by the Eat­ing Disorders Recovery Center found that a large portion undergraduate students do not seek out treatment for various reasons, including a lack of awareness of the problem or what the proper re­course may be (ANAD, “The hidden health crisis on campus: Eating disorders”).

While having a full-time nutritionist on campus is an important development for many students, most agree that there is still much more room for improvement. One student, who wished to re­main anonymous, expressed their dissatisfaction with their consultation with a visiting nutritionist last year. They explained, “I went because I was concerned about my eating habits and I thought I probably had an eating disorder and I wanted a nutritionist to confirm that for me and give me advice. However, she really didn’t recognize the ultimate underlying problem that I did have a de­veloping eating disorder. The advice she gave was vague and impersonalized.”

The student continued, “While she did give me a meal plan to follow, she didn’t problematize my current eating habits, which were the real is­sue. And even the meal plan she gave was slightly confusing, with her claiming that I needed to load up on carbs and one of the recommended meals being waffles and ice cream…However, it was only $10 so I shouldn’t be expecting an in-depth, therapeutic session. It was worth $10 and nothing more.”

Murphy, however, acknowledged that there was undoubtedly room for greater support by the College. She commented, “I would like to support a culture of self care, body positivity and mental health on campus. I will collaborate in this regard with resources and people already at work on these campus issues, such as counseling services, health services, health education, AEO and RSL. I use mindfulness with students to address various health concerns, such as weight management, dis­ordered eating, nutrition-related conditions and food sensitivities.”

Although it is apparent that unhealthy eating will be a difficult issue to resolve at Vassar and many other campuses, Murphy and the rest of Dining Services have begun the year with the hope that, with the help of the community, health and dining conditions will start to improve over time.