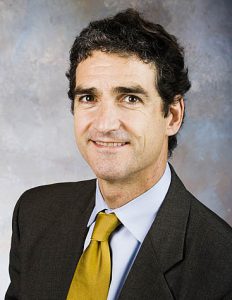 courtesy of The Culinary Institute of America

October is Italian Heritage Month, and to celebrate, Vassar’s Italian department brought Chef Mauro Sessarego to campus to share everyone’s favorite dessert: gelato. During the post-fall break stress of getting back into the swing of homework, exams and papers, the short lesson on gelato and the op­portunity to taste a few freshly made flavors served as the perfect study break.

Sessarego is a professor at the Culinary In­stitute of America, also known as the CIA, in Hyde Park, New York. Home to three restau­rants, a café, cooking classes, and a beautiful campus, the CIA is an amazing resource for Poughkeepsie students who love food.

Bondavalli added, “This week we will have two more Italian culture events. Francesco Ce­ccarelli, professor of Architectural History at the University of Bologna, will give a presen­tation about ‘Bologna, the City of Knowledge’ and the theater company Kairos Italy Theater will perform a reading of two novellas from Giovanni Boccaccio’s Medieval masterpiece The Decameron.”

The Italian department wanted to showcase Bologna because it is famous for its cuisine and university, and many students go JYA there on the Vassar program with Wellesley and Wes­leyan.

At the CIA, Chef Sessarego is a profes­sor in Beverage and Customer Service in the Baking and Pastry department. Specifically, he said, “My classes are about the utilization of desserts and the pairing of beverages, from alcoholic to non-alcoholic.” He went on, “My favorite part of being a professor at the CIA is expanding students’ vision and understanding of the industry.”

He did not go to culinary school, but he com­mented, “My training was at home in Italy in my family restaurant. I did attend a gelato uni­versity in Bologna.” He also owns and manages restaurants in New York City and Genoa, Italy. With this resume, he is definitely qualified to help the Vassar community learn more about gelato.

Sessarego began his talk by telling the audi­ence a bit about himself and his company, Arti­giani di Gelato. He said, “Gelato is my passion, my hobby that has become a business. As an entrepreneur I have learned a lot and have ex­panded my focus and my knowledge.”

The way Chef Sessarego spoke about gelato, its history and the process of making it, proved his true passion for it. To him, gelato isn’t just a dessert enjoyed as a snack or eaten after a meal. Rather, it is a substance meant to create a pleasurable experience.

Sessarego discussed the chemistry of mak­ing gelato and the specific ingredients and tem­peratures that are essential to its production. In addition, he cleared up that confusion between ice cream and gelato.

Ice cream, it turns out, is made with heavy cream while gelato is made with milk, which means it has less fat. He uses Hudson Valley fresh milk, and as many local ingredients for his various flavors as possible.

He also explained that, to many Italian peo­ple, getting gelato is like getting a cup of coffee with your friends. Bondavalli added, “Food is a fundamental component of Italian culture, and it provides a pleasant introduction to Italian history, geography and social practices.”

She added, “In his presentation, Chef Sessar­ego pointed out how gelato is quintessentially Italian because it is a social food. It is typical­ly consumed with friends, family or in social spaces, such as cafés, streets and piazzas.”

Sessarego said they besides bringing his own knowledge to Vassar, he also hoped to learn from Vassar. He said, “I thought it would be a great opportunity for the two colleges to be­come more knowledgeable about each other and perhaps initiate any possible cooperation.”

Those who attended the presentation are probably very keen on continuing this relation­ship, thanks to Sessarego’s informative presen­tation and the tasting they got to experience after.

The flavors that Sessarego brought for tast­ing included chocolate, hazelnut (nocciola) and salted caramel, as well as a strawberry sorbet. His all-time favorite varieties, he noted, are Nocciola, pink peppercorn and strawberry, Calamansi sorbet and rosemary cream. Before we tasted the gelato, he described how he had made them the night before, toasting the hazel­nuts and detailing the amazing scent they gave off while he made the gelato.

Bondavalli said, “Chef Sessarego’s version was especially creamy and intense, without be­ing too rich. That is the magic of gelato. It is delicious and yet it is good for you, or so we like to believe!”

Students got to try most of the flavors in each of their cups. As Bondavalli had pointed out, even the small sample was enough to taste the richness of the gelato.

Whether or not the gelato has health bene­fits, it certainly sent the taste buds on a journey through Italy.

For the food-obsessed and the Vassar com­munity in general, it would be wonderful if more Culinary Institute of America professors and students were welcomed to campus for ad­ditional food presentations. It’s always benefi­cial to learn about where the food we eat comes from and how it is made. A tasting of the foods discussed wouldn’t hurt either.