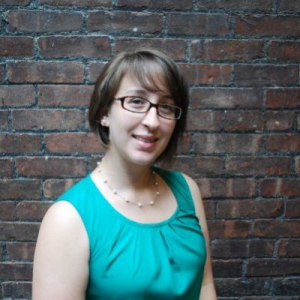 These workshops will provide a constructive and educational space for white people to better understand the history and systems of oppression, and to develop the tools necessary to enact positive change to the community and society.

Drucker explained that the early stages of the workshops occurred all the way back in 2014. He said, “Luz Borgos-Lopez, former AL­ANA Center Director, approached Diane in the fall of 2014 about the possibility of co-facilitating a workshop series around whiteness in the spring of 2015.” These efforts in the first series of workshops last spring merited the two colleagues for selection by some of their peers around the world to attend and present at a conference this coming March called the National Association of Student Personnel Ad­ministrators (NASPA).

In a joint emailed statement, Drucker and Eshelman explained that after Lopez’s departure, they decided to work together to expand the series over seven weeks for this year. Esh­elman said, “Michael was delighted to join the program.” Eshelman and Drucker both have formal training in strategies for social justice education for closed spaces.

They wrote, “Dominant and marginalized categories of a given identity are utilized in order to learn from one another of the same identity.”

The workshops each go for seven weeks, with a different focus each week. Students par­ticipating in the workshop gather once a week for a group discussion.

For the workshop this fall, Eshelman said, “These focuses include: the history of race; white identity development/white privilege; race, class, and ability; race, gender, and sexual identity; current climate; and moving forward.”

Eshelman and Drucker highlighted the im­portance of the preparatory work for the work­shops. Together they wrote, “Our students have been assigned a substantial list of reading for each week. We are utilizing historical and contemporary texts and using them to discover race and racism as it exists around us and with­in us as members of our society.”

Their pedagogy hopes to promote self-edu­cation above all. “We teach our how to learn on their own and the value of educating your­self and other white folks on the history and prevailing realities of white supremacy,” they wrote. In addition, they suggest that the work­shops supply students with two important tools: active listening and educated allyship. “It provides them with the tool of active listening in the context of social movements. We will develop an understanding that allyship is weak without persistent exercise in learning and sol­idarity,” they wrote.

In recognition of our country’s history of segregation and current societal problems which keep people apart, the strategy to utilize a white-space is no doubt loaded. Their deci­sion came with significant research and con­sideration. They wrote, “It was not a swift nor simple decision to close the group for only a specific identity. We had to feel compelled that creating a closed space would significantly contribute to the desired learning outcome of this workshop series.”

Drucker and Eshelman back up this claim by citing current studies on the strategies for race education. “The literature around white iden­tity development shows that white students progress through their white guilt and come to understand their privilege quicker when in all-white spaces,” they explained.

In unpretentious terms, the two campus workshop leaders see their efforts as part of something much larger. “College campuses are home to some of the most highly developed conversations on social identity. Generations of campus activism on gender, race, sexual­ity, ability and more have influenced public discourse to move forward and change,” they explained. “Social justice is a grand movement and its doing exactly that–moving. It has been moving and with great momentum for centu­ries. From abolitionists, to suffragists, to civil rights leaders, to stonewall rioters, and black lives matters organizers.”

The workshop leaders recognize the broader significance and often knotty implications ef­forts white-activists have, and believe the issue stems from an underdeveloped relationship to one’s identities. “White folks are capable of great damage when jumping into movements that are not their own. White people must know who they are before we can work in au­thentic solidarity for racial justice,” they wrote.

“These closed workshops are the kind of space where one can work through that per­sonal development and build a relationship to that identity, we are white, and that means we exist as a part of this system of racial op­pression. Even reaching that point through our workshops is an ambitious goal.”

These workshops lie on the peripheries of the primary purpose of the ALANA center, and their support and resources reflect that. In the words of Eshelman, “While the ALANA Cen­ter is an affinity space for students of color, it is also a Center that can push the dialogue around race.”