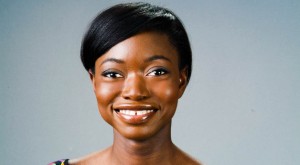 Last week, accomplished au­thor and Vassar graduate, Nana Brew-Hammond ’98, delivered a lecture on the intricacies of Black­ness. In a style of rhetoric which entwined the intimate and academ­ic, Brew-Hammond explained the monolithic narrative of Blackness and attempted to uncover some of its hidden complexities.

“I was born in America but raised as a Ghanaian,” she began. The per­sonal narrative Brew-Hammond provided framed her discussion of the Black narrative, and her own identity would remain close at hand throughout the lecture.

“There seemed to be an unspoken under­standing that the community I had come from in America had irrevocably altered my belong­ing to the Ghanaian community, but in the U.S. I did not belong as myself either,” she said.

These more intimate details of Brew-Ham­mond’s life and identity helped to concretize the idea of intersectionality for her audience, which would become a central theme of her lecture.

The twitter hashtag, #AskRachel, which arose in response to reports of Former NAACP Chapter President and passing black activist, Rachel Dolezal’s illegitimate claim to Afri­can ancestry, provided a distinct example for Brew-Hammond’s study of the way monolithic conceptions of identity are perpetuated.

As African Students Union (ASU) member who attended the lecture, Ehimwenma Osagie ’17, described, “During the #AskRachel peri­od, a lot of Africans and non-American Blacks felt excluded from Blackness because of their inability to answer questions on Twitter.” A prominent survey during this period asked par­ticipants to prove their identity by answering questions about Black cultural tropes.

Osagie went on to describe the alienation these surveys implied, “This monolithic view of Blackness excluded several people who identi­fy as Black, including but not limited to: Black immigrants, First generation Americans, and biracial people.” Dolezal proved to be a thorny topic for Brew-Hammond who was caught off-guard by her empathy for the activist.

“One of the things that transfixed me about her was that I could relate to her masquer­ade on some level,” said Brew-Hammond of Dolezal. The surveys and hashtags generated after Dolezal’s unmasking with the aim of unit­ing a community held alienating consequences for those outside of the Black majority.

The response to information about Dolezal’s ancestry pushed a monolithic narrative for­ward. Brew-Hammond believes the problem is our eagerness to find a simple solution to a complex issue. “We know that intersectional­ity is real, that as human beings, no one is one thing. And yet we find that reality inconve­nient,” she said.

“Rachel Dolezal saw the advantage of our expansiveness, and she leveraged it to her ad­vantage,” Brew-Hammond explained in frank terms. She continued, “So why don’t we, as black people, why aren’t we embracing our expansiveness? When we question the authen­ticity of a biracial person, we undermine our­selves.” Osagie agreed that the black narrative was an important one. She said, “Our hope was to complicate the Black narrative. The notion of Blackness, as it is now, excludes the narrative and experiences of non American Blacks, thus creating Anti-Blackness in the homes of those who are not Black Americans.”

Brew-Hammond did not deny the strong in­centives to keep this monolithic narrative alive, especially from the white-power structure. Late in her speech she said, “the dominant culture benefits from maintaining a negative and ste­reotypical definition of Blackness because do­ing so upholds the status-quo.” Truthful rheto­ric not uncommon at Vassar College.

Perhaps her most personally honest turn of phrase came right after, “Us in the ‘pick-your-pants-up camp’ legitimize the idea that all young black people need to do to succeed in the world is to dress in a certain way. That if they just take off their hoodie, and take the earrings out of their ears they would be respected.”

But Brew-Hammond was not content to let that convenient notion rest. With a nod to his­tory she continued, “Martin Luther King Jr., as we know, was assassinated wearing a suit, as was Malcolm X. Four little girls wearing church clothes were killed in 1973. And I know the nine men and women killed at bible study in South Carolina were wearing black skin.”

Her historical argument gave way to a per­sonal one with reference to questions about her own identity in the workplace. Harkening back to her time at Vassar, she said, “My education at Vassar gave me context for why this think­ing was naïve and dangerous to us all, but as I peeled off and entered the work-force, that con­text became very real to me.”

She continued, “I learned at one of my jobs after college that even with my Vassar degree and my talent, some people at work in a posi­tion to nurture me didn’t see themselves in me in the same way they saw themselves in my white counterparts. And that ended up hand­icapping my progress. I learned that in many peoples eyes I was just like those other Afri­can-Americans.”

Brew-Hammond’s visit was a much needed departure for some of the members of the ASU who believed there has not been enough Afri­can speakers on campus.

While ASU leader and long-time member, Kenechukwu Nwosu ’16, was pleased with Brew-Hammond’s insight, he believes there are still many more questions to be asked. He said, “She had no sweeping solutions, which was fine; uniting groups without stamping out dif­ference is an unending difficulty in all areas of human identity. I didn’t expect her to solve that in 20 minutes.”