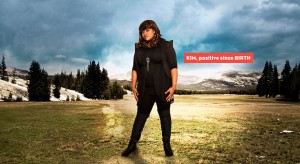 On Nov. 4, two speakers from the HIV ad­vocacy organization Love Heals came to campus to deliver a presentation on HIV pre­vention and treatment. Among several topics that were discussed, speakers Moya Brown and Kimberly Canady-Griffith addressed many common misconceptions about transmission, medications and contraction, as well as their personal experiences combating the diseases.

The event was hosted by CHOICE in associ­ation with ProHealth and Future Waitstaff of America (FWA) as the third Love Heals talk to be held on campus since 2013. ProHealth President Lena Josephs ’16 said, “In planning the event with CHOICE, we were trying to destigmatize HIV/ AIDS in the Vassar community and also educate students about the dangers of the virus. Kim and Moya are two individuals that know a lot about AIDS, either through first-hand experience with the disease or through their academic pursuits.”

CHOICE members Tessa Baum ’16 and Do­menic Pedulla ’16 remarked that Brown and Canady-Griffith brought something new to the Love Heals tradition at Vassar. “In the past, we’ve hosted two male-identified speakers from Love Heals, so this year we wanted to provide a new perspective to represent the full diversity of expe­riences with HIV.”

Brown is a Program Coordinator at the Mt. Si­nai Adolescent Health Center who has worked in HIV prevention and education for over 10 years, and Canady-Griffith is a trained health educa­tor who has been HIV positive since birth. In their talk, the two discussed many lesser-known facts about HIV medications and transmission. “Post-exposure prophylaxis (PEP) and pre-expo­sure prophylaxis (PREP) are two relatively new preventative treatments for HIV available to the public now,” said Brown during last week’s event. “For a long time, PEP treatments were given in 30-day regimens to nurses whenever there was serious concern of exposure to a HIV-positive pa­tient. If taken one to three days following positive exposure, it decreases the chance of transmission to almost zero percent.”

She continued, “Before, these treatments were only available to medical professionals. But now, they are available to anybody, at least if you are in New York City. Though it’s important to keep in mind that there are some bad side effects to the drugs, and that the treatment is a commitment over 30 days…”

Brown and Canady-Griffith later discussed the ways that HIV can be transmitted from one person to another. “You can be exposed to HIV by coming into contact with four fluids,” she said. “Blood, semen, breast milk and vaginal fluids. Those are the only four fluids that transmit HIV.”

Brown and Canady-Griffith also stressed the importance of learning about emerging HIV med­ications and methods of prevention, especially for those who are planning a career in medicine. “For those that are pre-med or pre-nursing, you will probably provide care for many HIV-posi­tive patients in the future,” Brown said. “HIV is a chronic disease now, so patients don’t have to go to an infectious disease specialist anymore to get treatment. As a physician or nurse, you won’t just be taking blood tests and assigning treatments to your patients—you’ll also be helping them figure out how to take their meds everyday.”

In addition to discussing the facts about HIV transmission and treatment, Brown and Canady-Griffith also spoke about their personal experiences combating the disease. Canady-Grif­fith, in particular, shared the struggles she en­dured throughout her lifetime. “I found out that I was HIV-positive at the age of nine, right after I found out that I had lost both my parents,” she said. “My mom became HIV-positive when she was a teenager and passed it onto my father, most likely through drug use. They both died within a few months of each other, when I was in fourth grade, so I moved in with my grandmother.”

Canady-Griffith spoke about how HIV affect­ed her school life when she was growing up. “I cried a lot, because at points the pain coming from my disease and family was too much,” she remarked. “But I didn’t show it. I acted tough on the outside and got into a lot of fights with kids at school. I was angry, because it was something that I couldn’t control.” She also discussed how the disease affected her personal and romantic re­lationships. “The first person I dated, I didn’t have sex with…and when I told him a year and a half later that I was HIV-positive, he ran.”

Canady-Griffith asserted that the most diffi­cult part of having the disease wasn’t the physical symptoms themselves, but rather the emotional burden associated with the disease and the loss of the close friends she had made that also had the illness. “All the friends that I’ve made that had the same thing that I had are gone. That’s more de­pressing than having the virus itself, because you don’t have the close people that you once had to share the burden with.”

In spite of needing to recount many of the hardships of her life, Canady-Griffith remained positive throughout the event. “I try to be funny because HIV as a whole can be very sad, and that doesn’t help anyone…the truth is, HIV didn’t stop me. It made me angry and made me reevaluate my life, but in the end, it didn’t stop me.”

Canady-Griffith’s story resonated with many who attended. Baum and Pedulla mused, “We found Kim’s assertion that the most difficult part about having HIV wasn’t so much the disease, but the friends she’d lost incredibly powerful.” Many more stayed after the event to continue the dia­logue with the speakers. Josephs commented, “A lot of students…engaged with the speakers during the Q&A. I think we all walked away with a new perspective on the disease and people affected by them.”