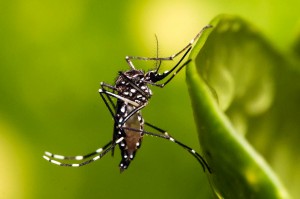 Zika is rapidly becoming a non-deadly global epidemic. The virus, Flaviviridae, is carried by mosquitos and has close ties to dengue fever. Brazil has recently been hit hard by the virus. Photo courtesy of Muhammad Mahdi Karim

The Zika virus has been all over international news in recent weeks, due to the approximately 4,000 recent cases of microcepha­ly, a condition in which babies are born with abnormally small heads attributed to the disease. In adults, the disease causes no lasting harm, though a correlation between Zika cases and microcephaly has created panic.

The virus is spread by the mos­quito species Aedes aegypti, which thrives in warm regions, and is found in southern Asia and Afri­ca, and now South America, Lat­in America and the southern U.S. According to Professor of Biology David Esteban, “Zika virus made its first appearance in South America last year[;] it is believed that an in­fected individual may have attend­ed the World Cup in Brazil, and it spread from there. It’s spreading ex­tremely rapidly.” The counterattack to the disease must therefore be two-pronged: eradicating mosquito breeding grounds and developing a vaccine to help prevent further spread.

The Brazilian government has mobilized the armed forces to assist in combating the virus in a campaign dubbed “Zero Zika.” Their tactics include destroying potential mosquito habitats, spreading larvicides and distributing preventa­tive information pamphlets to the public, bear­ing the slogan, “A mosquito isn’t stronger than a whole country” (Reuters, “Brazil enlists army, cabinet in campaign against Zika,” 2.3.16). They recommend covering all open sources of water, a crucial element of prevention given the wide­spread use of rain barrels as primary household water sources in poorer communities, claimed Professor of Geography Brian Godfrey.

The ultimate long-term solution will likely be a vaccine. In an emailed statement, Harvard University Distinguished Service Professor Barry R. Bloom wrote, “Up until a couple of months ago there was no grant from NIH to do research on Zika because for most people in­fected, the infection is relatively mild. What has made the difference was the impact on unborn fetuses. It will take lots of time to develop and test a vaccine against Zika.”

Besides the physical environmental condi­tions, Brazil currently has a complex combina­tion of societal and political factors that make it an ideal breeding ground for an epidemic. The nation is in so much debt that public health is suffering, which is an issue in several other countries where Zika is thriving.

International student Rafaela Vega del Cas­tillo ’18 explained, “There are these elitist hos­pitals in which you can get tended [to] if you pay a lot, but people with low resources end up going to these hospitals in the middle of the city that are full of patients, where they can’t get treated quickly, where they would have to wait for three weeks to get an appointment even if it’s an emergency. It’s awful.”

Socioeconomic status plays as large a role in the spread and control of disease in Brazil as in much of the world; impoverished areas suffer the most from infection but receive the least at­tention. Godfrey clarified, “[The virus] mainly has affected poor women. These are generally women from poor neighborhoods and very of­ten informal settlements, shantytowns, [called] ‘favelas.’ These are very susceptible because there’s all this water around. They often don’t have public services or piped water or trash disposal and so forth, so the possibility of mos­quitoes proliferating there is enhanced, as op­posed to more urban areas of upper class areas where people tend to have screens or use air conditioning.”

Although Rio de Janeiro is located in the south of the country, far from the epicenter of disease in the northeast, the city is being care­fully monitored and sanitized in preparation for this summer’s Olympic Games. Godfrey explained, “They’re very concerned about the economic impact of it, because a lot of visitors probably won’t come. There have been big po­litical movements anyway, about the cost of these mega events [World Cup and Olympics]; they’ve gone through billions and billions of dollars in the midst of an economic recession, when the government’s cutting its budget and having difficulty even financing public health.”

Although three cases have been reported in New York, all were people who had traveled to countries outside the US where Zika is present. There is not much reason to believe that the Zika virus will spread up to New England (New York Times, “Short Answers to Hard Questions about Zika Virus,” 2.12.16).

Bloom agreed in an emailed statement, “There will be cases of people traveling from Zika countries coming to various parts of the US, but the Aedes mosquito doesn’t like the cold in NY or MA and is not likely to be able to transmit the disease here. There is no evidence of direct person to person spread as in the case of Ebola.”

The consensus among professionals and ac­ademics is that more information is necessary to be able to fully eradicate Zika. There has not yet been enough research done to determine whether the rash of microcephaly was defini­tively caused by Zika. More research and dis­semination of accurate information should help prevent further spread of Zika. Currently the combination of poor water systems, lack of suf­ficient health care, and general mistrust of the government is allowing misinformation and the disease itself to flow rapidly (New York Times, “Conspiracy Theories about Zika Spread Along with the Virus,” 2.16.16).

This is not the first epidemic Brazil has seen. Dengue fever and yellow fever have been just as prolific in the past, and possibly more dev­astating.

“Brazil, as a humid tropical country, has long wrestled with this question of diseases trans­mitted by mosquitoes,” said Godfrey. “[How­ever,] I don’t think really most people are too concerned, to tell you the truth. At least in the southern part of Brazil, people are used to mos­quitoes. It’s not a novelty.” The unfortunate truth is that insect-borne disease is a constant factor of life in the region, but this epidemic will shed light on, and perhaps lead to improve­ment of, the issue of inadequate health care in Brazil and beyond.