To our fellow st 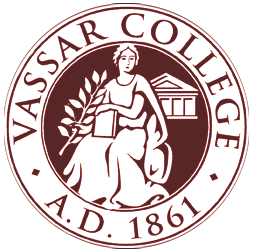 As we’re sure you’re all aware, the VSA Council is set to vote this Sunday on a series of resolutions and amendments pertaining to BDS. While already a challenging conversation that a number of you have been involved with, things have become a bit more complicated, and, in order to maintain full transparency, we want the student body to be aware of the full implications of such a vote.

The Board of Trustees and senior level administration of the college have publicly stated they do not approve of the BDS movement, and that they are concerned with potential legal consequences of using funds to support a boycott. In spite of this, however, we remain resolute in allowing the VSA Council to decide for itself. The College President, as the governance states, has the ability to veto any “legislation which involves substantial change in the character of the residential or academic community or in the financial commitments of the college.” That being said, it’s come to our attention that, were the VSA constitution amended, by Council vote or referendum, to include a boycott, the administration and Board would still consider the option of no longer allowing the VSA control over the Student Activities Fee, the money that goes into the VSA budget, the money we then dispense to student organizations. If, however, the VSA were to agree to cede to the will of the administration and effectively ignore the results of the vote or referendum, then the funds would not be taken out of the VSA’s control.

As such, our statement prior to the vote is as follows:

We, the VSA Executive Board, have at no point supported this course of action suggested  by the administration and the Board of Trustees. We believe that it is still our duty as council members and representatives to vote with our constituencies in mind, in the way that these constituencies believed prior to this power being levied over the VSA. We also recognize the necessity of maintaining transparency, specifically in the interests of having an informed vote. Our goal in communicating this is to protect the future autonomy of the VSA and all of the student organizations that it supports. We are prepared to take the course of action that will best protect the interests of the student body as a whole.

There is still time to communicate with your representatives, and we highly recommend giving your feedback given this new information. Your opinions are important, and we want to hear them.

Thank you, and let us know if you have any questions,

The VSA Executive Board