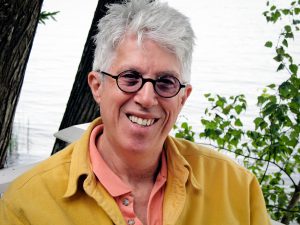 In honor of the retirement of Anthropology professors Anne Pike-Tay and Judisth Goldstein, NYU Silver Professor Fred R. Meyers will offer a lecture April 28 in Taylor Hall called “Whose Story is This?” Photo courtesy of Vassar Media Relations

Freeing a culture from colonization doesn’t mean it has been liberated. The decolo­nized culture still holds the after-effects from the influence of their former empire. A study done on Aboriginal Australians in the 1970s by NYU Silver Professor Fred R. Myers docu­mented these after-effects.

In honor of Anthropology Professors Anne Pike-Tay and Judith Goldstein’s retirement at the end of the semester, Myers will hold the lecture “Whose Story is This?: Moving Cul­ture between Regimes of Value.” The event, hosted primarily through the Anthropology Department as well as the Office of the Dean of Faculty, Political Science and Geography Departments, and Media Studies Program, will kick-off on Thursday, April 28 in Taylor Hall.

In his lecture, Myers will discuss efforts to decolonize anthropology and return archival material back to its respective cultures in order to remove the lingering effects of colonization from the study of those cultures. He will also present his own personal account of working with an Indigenous Australian community to repatriate film footage, an experience which developed into a documentary archiving the community.

Within the Anthropology classes of Vassar, Myers’ work has been used to study issues of repatriation and indigenous cultures. Goldstein elaborated on the usefulness of Myers’ studies, “I have taught Fred Myers’ work on art, mate­rial culture and issues of Australian national identity for many years in senior seminar (his book “Painting Culture”), in Consumer Cul­ture (his edited book “The Empire of Things”) and in the Anthropology of Art (“The Traffic in Culture: Refiguring the Anthropology of Art”). He is one of the foremost anthropolo­gists working on issues of art and cultural iden­tity today, and has followed the development of Australian Aboriginal art and its entry into the world market since his initial fieldwork in Australia in the mid-’70s.”

Since 1973, Myers has worked with and ar­chived the Pintupi people, an Aboriginal tribe considered the last group to live nomadically in Australia. He also documented their reloca­tion to a government-supported outstation the following year. In 2006, he returned with the footage to the Pintupi and analyzed the evolu­tion within the community since. This became a part of the 2006 documentary “Remember­ing Yayayi.” For his work, Myers was awarded a Guggenheim Fellowship in 1988.

In his 2002 book “Painting Culture: The Making of an Aboriginal High Art,” Meyers summarized the Euro-centric world Indige­nous Australians live in. “However physically remote the people in Aboriginal communities may be, the relationship between them and the dominant society is mediated by Euro-Austra­lian terms of Aboriginal self-determination, citizenship and welfare dependence in a liber­al state. In Australia, as elsewhere, indigenous people are struggling to find a voice and to define the terms of their situation in ways that will strengthen their own sense of autonomy, their local traditions and histories,” said Myers.

Anthropology major Carlie Silva ’16 read Myers’ book “Painting Culture” in her senior seminar. Silva explained, “Myers’ work brought questions to our classroom about tradition ver­sus social change, the politics of aesthetics and the relativism of art history, as well as the is­sues of ownership, global exchange, exhibition and the Western gaze. Most interesting to me was Myers’ conception of interculturalism and the idea that the world is currently made up of circulating spaces, shifting variables of colo­nialism, globalization, movement and dissolu­tion of boundaries.”

Myers’ lecture will also honor Goldstein and Pike-Tay’s retirements, who have both been in­volved in research having to do with intercul­turalism. Goldstein has done extensive archival research on the dissolution of boundaries be­tween Iranian immigrants amidst the consum­er culture of 19th-century Paris, and Pike-Tay has studied human evolution through the con­text of the natural world. In Goldstein’s time at Vassar, she has helped to found the Jewish Studies and Women’s Studies programs at Vas­sar. While, Pike-Tay expanded her research of paleoanthropology, discovering new informa­tion of flora found in prehistoric sites.

Silva reflected on her experience of having Goldstein as a professor: “Professor Goldstein always made our three-hour seminar sessions engaging. Each class, she made sure to make connections between dense theoretical mate­rial, current events and each of our individual interests within anthropology. I always appre­ciated her energy, enthusiasm and ability to make us laugh. Her passion for anthropology was truly contagious. Professor Goldstein is a wonderful professor and mentor and I feel honored to have been able to take one of her classes.”

Myers’ work has analyzed the uncertainty left for decolonized cultures and posed his own inquiries to lead towards progress: “The ques­tions that ought to be asked about the politics of current forms of Aboriginal cultural produc­tion are whether and to what extent local (com­munity-based) social orders are defining them­selves—their meanings, values and impossible identities—autonomously in relation to exter­nal powers and processes; whether and how they are transformed in relation to new powers and discourses; and whether or how what had been local meanings are now being defined di­alectically (or oppositionally) with respect to discourses available from the larger world.”