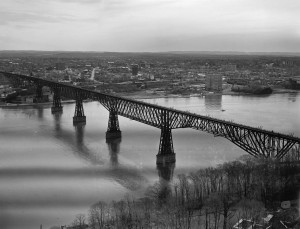 Since the global refugee crisis began to dominate the news in the summer of 2015, discussions have ignited across the U.S. over proposed responses. Over the past school year, Vassar Refugee Solidarity started putting their ideas into action. On Saturday, June 5, the organization invites students and local residents to join them and several communities of faith at Vassar Temple to learn about refugee resettlement efforts. Vassar Refugee Solidarity, in collaboration with local groups, is hoping to bring three families of refugees to Poughkeepsie late this fall or early 2017.

Faculty adviser for Vassar Refugee Solidarity and Chair of the History Department Maria Höhn explained that although there has been significant interest in the local community, most groups did not know how to get the process started. “The resettlement project for refugee families grew organically, but that’s not how we started,” she explained. “Our initiative was initially focused completely on education, scholarships and thinking about ways [Vassar College] could connect with colleagues in Europe who are right there on the frontlines of the refugee crisis.”

Working closely with Vassar Refugee Solidarity’s Leadership Team, Höhn led a six-week course in the International Studies Department on the refugee crisis called “The 21st Century Worldwide Refugee Crisis.” The course, along with a variety of on-campus lectures and workshops, encouraged students to engage in meaningful, productive conversations both inside and outside the classroom. Höhn remarked, “We’re working together with a number of other colleges. We co-founded a consortium of like-minded colleges on forced migration and displacement education. We’re all thinking together how we can integrate this into our curriculum…Lots of people are doing aspects of this already, but I think we need to coordinate our efforts.”

Education is just the first step of a collaborative response to the refugee crisis, however. Co-founder and Student Leader of Vassar Refugee Solidarity Anish Kanoria ’18 explained how awareness on campus will begin translating to actions more broadly. “This crisis and initiative is a stark reminder that there is so much going on in the ‘outside’ world that we, at Vassar, are insulated from,” he said in an emailed statement. “We cannot and must not choose to turn a blind eye. By immersing ourselves in these global phenomenons, we emerge stronger and hopefully after having made a small difference.”

The refugee crisis marks the largest displacement of people since World War II. While Syrian refugees make up one of the largest refugee groups, the 59.5 million forcibly-displaced people hail from many nations. Kanoria describes how those who can respond must do so, and do so quickly. “At Vassar, we have the imperative and means to help. We must act, in a responsible and thoughtful way, now,” he explained. “There are so many opportunities to be involved. One can volunteer at the Rural Migrant Ministry to help undocumented migrants in the local community; donate clothes, furniture, food and/or money; work with the resettlement office in their own communities; or simply help us with organizing and spreading the word.”

Refugee Solidarity plans to engage the Hudson Valley area through both the upcoming event at Vassar Temple and the Solidarity Walk held June 5 on the Walkway Over the Hudson. The Walk was being organized by the Social Action Committee at Vassar Temple to promote interfaith solidarity when Vassar Refugee Solidarity approached them about possibly co-sponsoring a family. Social Action Chairman of the Vassar Temple, Marian Schwartz, described her wishes for the event. “It is my hope and expectation that the Solidarity Walk and Community Iftar will bring together many diverse elements of the community in a setting where we are all meeting face-to-face, hand-in-hand, breaking bread together, joining together in discussion, learning and song,” she said in an emailed statement. “Through this kind of contact we can break down barriers of fear of the ‘other’ and build bridges of understanding.”

The Solidarity Walk and Community Iftar seeks to strengthen the local community not only to help mobilize support for refugees overseas but also to prepare a network of support in Poughkeepsie for the incoming families. Rabbi Leah Berkowitz of Vassar Temple is happy to welcome Christ Episcopal Church and Mid Hudson Islamic Association for the June 5 meeting to discuss the resettlement of refugees together with Vassar College. “Many of those in our community have parents and grandparents who came to America for a better life and thrived here because citizens of this country provided the support they needed to succeed,” she said. “We are committed to continuing that proud tradition of welcoming refugees and giving those who flee persecution the opportunity to build better lives here in the United States. It’s our turn to welcome the stranger.”

Vassar Refugee Solidarity and the local communities of faith hope their work will set a precedent for future activism. Höhn explained her outlook on the project: “Refugee Solidarity does not just talk about social justice, we do it. And we do it locally. There are a lot of local needs as well, and I think we can really help the refugees and at the same time support people in the local community who have needs,” she said. “I want this initiative to sort of reinvigorate our other community commitments. … This is as way for us to rethink…How can we make a difference?”

The presentations at Vassar Temple will take place on June 5 from 2 to 4 p.m., followed by the Solidarity Walk and Community Iftar. Vassar Refugee Solidarity would like to encourage all students staying on campus or in the local area to attend and also visit their site, refugeesolidarity.vassar.edu to learn more about how to get involved.