When I wrote about the Vassar women’s rugby team earlier this semester, I described them as “dominant” (The Miscellany News, 2021). About a month later, it’s clear that characterization was an understatement.

This past weekend, the Brewers defeated Temple University 74-5 in the American Collegiate Rugby Association (ACRA) National Championship game. The win moved the Brewers to 11-1 on the season, with a point differential of plus 523. This was the second national title in program history, with the first being the 2018 Brewers.

After cruising to the Tri-State Conference title, the Brewers were awarded a spot in the quarterfinals of the ACRA national tournament where they bulldozed Colby College 53-5, before winning a hard fought match against the United States Coast Guard Academy 36-20 in the semi-finals. Then, after two weeks of waiting, they brought home the national championship this past Saturday with their thrashing of Temple University down in Matthews, N.C., in the final. The Brewers were firing on all cylinders with tries from eight different players and seven cons from Marie Claire Cicenia ’23. By halftime, it was 38-0 Brewers, and they never looked back. 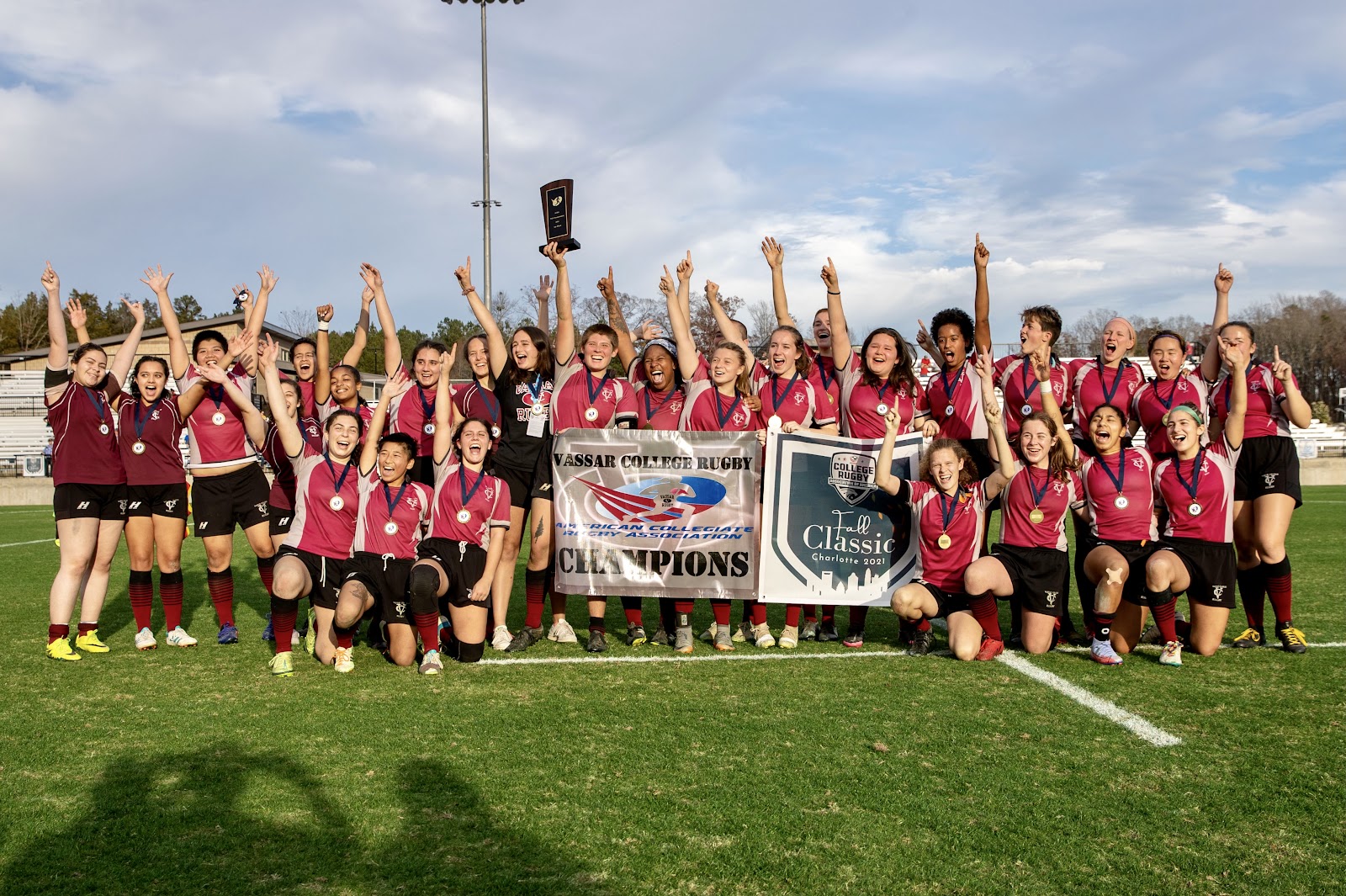 In an email correspondence with The Miscellany News, championship game MVP Emily Howell ’22 explained, “The team played very cohesively and competitively in both the semi-finals (two weeks ago) and the finals! In the semi-finals we had to really play our hearts out to win, and we ended on a higher scoring (but still fairly competitive) final game! The championship game ended up being a lot of fun! Temple had a lot of very talented players and were fun to play against!”

Similarly, Kira Nolan ’22 described how much this win meant to her. “For me as a fifth-year senior, winning was the culmination of a long journey and it felt significant that we were last on that same field pre-pandemic. It was a pretty surreal experience, but a really fun game to finish on,” she said via email correspondence.

Both Nolan and Howell acknowledged the contributions of past Vassar rugby players and teams in this victory. “Winning on Saturday was the product of the entire Vassar rugby community. We would not have even gotten there without the Class of 2021, who kept the program going over a really difficult year without any of the reward of competition. We are also lucky to have an incredible network of alumni who support us (including our assistant coach Dana Wasserman, Charlie “Bear” Williams and Vandana Sinha),” Nolan explained.

Howell expressed a very similar sentiment: “I really love that we’re part of a culture of playing hard and winning. The 2018 team was a culmination of all the years before it and the hard work they had done to improve the program, and this year is a continuation of that!” She continued, “It feels wonderful to be a part of a second national championship, but we need to acknowledge how much work went in the years before us that [led] to this! The seniors from the last two years taught everyone so much and are a huge part of why we could win this year.”

But the road to victory was not without its challenges. After a year without competition due to the pandemic, the Vassar women’s rugby team had to start fresh in a lot of ways and also had to contend with the fact that most of their opponents were just bigger than them. They dealt with this by leaning on each other and creating a positive, hard-working team environment. “This year we had an inexperienced group that matured over the season and collectively rebuilt a really good team culture,” Nolan pointed out. She added, “Our coach Tony Brown has designed systems of play which allow us to succeed even when we are smaller or less athletic than our opposition, which we take a lot of pride in. Rugby is an incredibly intense game and we ultimately won because of the commitment, grit, and willingness of every single member of the team to work for each other this whole season.”

Howell continued, “Overall, we’re a very small rugby team so we have to focus on technique to make sure we can tackle people bigger and faster than us! We also do our best to recognize the less flashy but incredibly important aspects of rugby, like Louise stealing lineouts, and Asia always being there for the ruck or tackle.”

This supportive team culture and enormous competitive success made Howell and Nolan, who are both seniors, optimistic about the future of the program. “I hope that rugby keeps this up! We’ve been in the last 5 or so final 4s (semi-finals and finals for nationals) so I hope we keep playing hard for each other which will lead to us keeping up the winning streak!” Howell exclaimed. Nolan also pointed out how important the team has been for her and what her hopes for the future of the program are: “I hope the team will continue to both build a welcoming and loving community while also taking pride in their rugby and competing at the highest level. This team has been a defining part of my time at Vassar and I would really encourage people to give rugby a try (it’s never too late to join)!” For now, Vassar’s women’s rugby team continues to be strong.